Enjoy these stories from historians and hockey fans.

In 1994, hockey writer Chuck Miller wrote a history of finding the Eastern Hockey League’s almost forgotten Atlantic City Boardwalk Trophy, awarded to the Clinton Comets 4 times, collecting tarnish & dust in a Syracuse shed. Today, the trophy rightfully resides in the Hockey Hall of Fame in Toronto, Canada, with the Comets name clearly engraved. Here is Miller’s story of his discovery followed by the story, written 15 years later, of its eventual reception … Continued 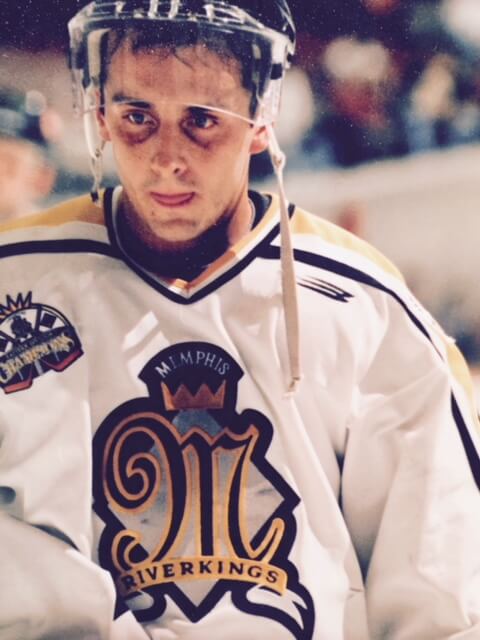 I had the pleasure to play for Clinton Central on some great teams, and then make my way up the Hill to play 4 more years at Hamilton with more great teams. To top it all off, I was then fortunate to be able to play with…

The only alumni game I ever played in at Hamilton was sometime in 1990. It was before the season started, and Coach Grady agreed to a game between the alumni of ‘88-’90 and the ‘90-’91 Hamilton team. I think it’s the only game between the varsity and alumni that was ever played…

“I may have told you that the idea of the goalie face mask was his [Al Prettyman’s], and he asked me to work with him to try to develop a mask in 1934. We had no moldable material such as acrylic, and the attempts to modify a baseball face mask were not successful…

In 1995, our high school team began a new fraternity, and that was one of State Champions. There were many unbelievable teams before us, but there was not a State Tournament to participate in… 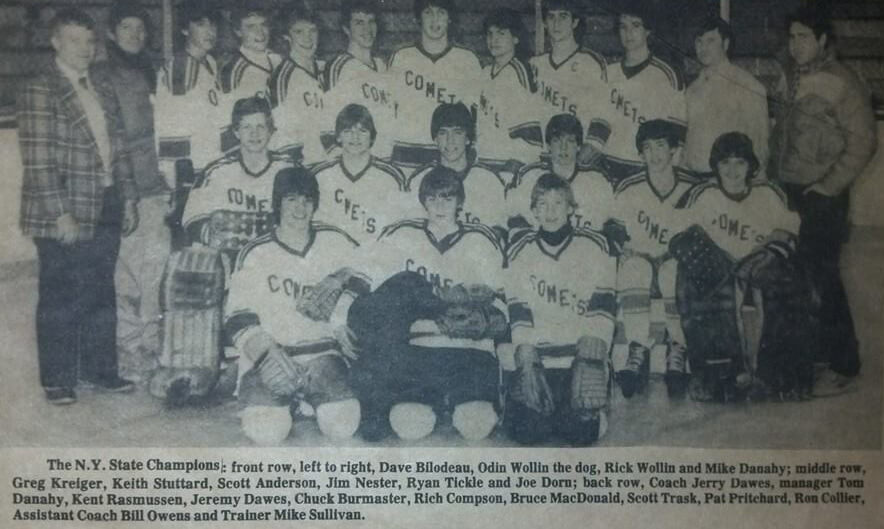 Winning back-to-back State Championships in high school in ‘95 and ‘96. Also, growing up watching my father coach HS hockey for a good portion of my life, along with him coaching me in the early years of youth hockey.

As a freshman on the Hamilton College Hockey team, one of my most vivid memories was defeating then-nationally ranked #1 and defending national champions Middlebury College in front of a packed house at Sage Rink, 3-2. Hamilton…

Have we missed any great memories from this decade? Share yours by clicking the button below, or return to the timeline.