Buffalo News Preview of the Game 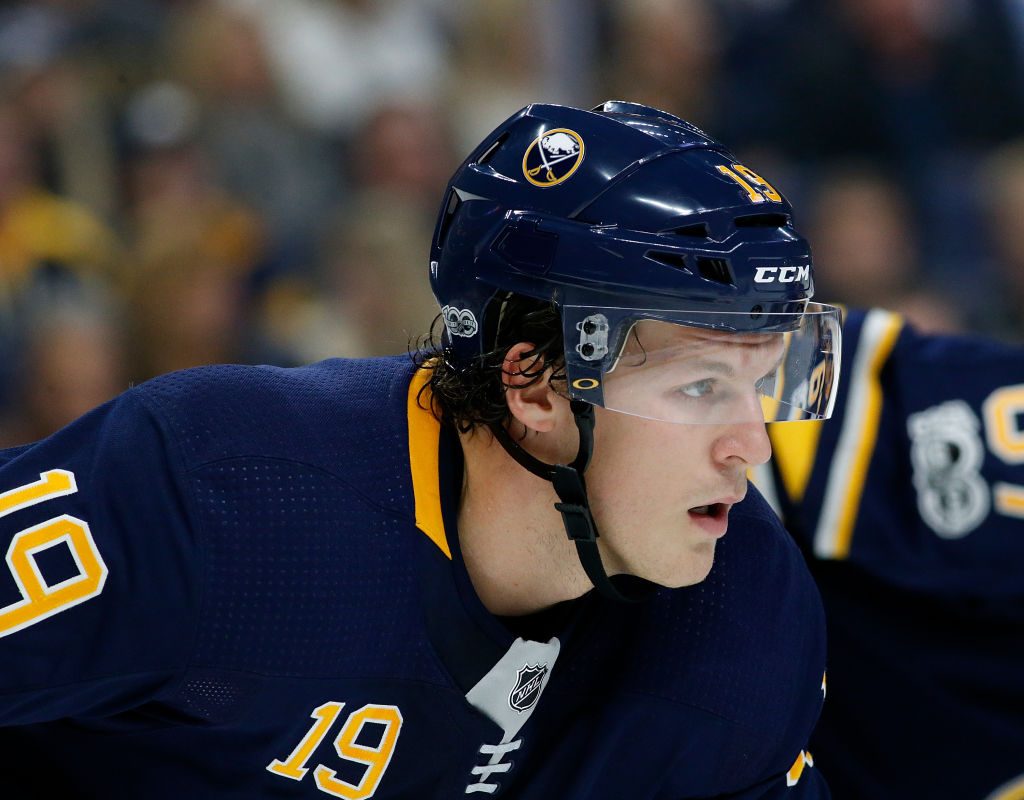 The team starts with a morning flight through the state to Griffiss Air Force base in Rome, notable as the site of Woodstock ’99. Then it’s a brief bus trip to the Village of Clinton, population 2,000.

The Sabres will head to 65-year-old Clinton Arena for their morning skate at 11:30 and then meet the Columbus Blue Jackets there in a nationally televised game in the evening (7 p.m., NBCSN, Radio 550 AM).

It’s part of the Kraft Hockeyville USA series, where one town wins an online vote and gets $150,000 for arena upgrades as well as the right to host a preseason game.

Clinton Arena, which was used for some scenes in the iconic ’70s hockey movie “Slap Shot,” is on the National Register of Historic Places and was named the winner of the contest in April. It was the home of the Eastern League’s Clinton Comets from 1954-73 and currently hosts high school and youth hockey as well as figure skating.

“We’re very excited to be in the game,” coach Phil Housley said Monday. “Just talking to our guys, it’s going to be a great atmosphere and we want to enjoy it. We have business to take care of but I told the guys to enjoy the moment. It’s great to be part of a big occasion.”

The Clinton area has been celebrating the game all weekend. Events have included a visit by the Stanley Cup to Hamilton College and a hockey festival featuring NHL alumni like former Sabres standout Brad May and current Columbus broadcaster Jody Shelley.

The Sabres were in this game two years ago, facing Carolina in Marquette, Mich. While he was with Pittsburgh, General Manager Jason Botterill attended the Pens’ game with Tampa Bay in Johnstown, Pa.

“It’s a different day and there’s a seriousness to the game because there are guys trying to find their role and make the team,” Botterill said. “But hopefully you can take a step back and actually enjoy the atmosphere too. Sometimes the atmosphere in preseason games is pretty quiet, sort of mundane. It certainly won’t be here.”

Indeed, both the morning skates and the game itself will fill the 2,000-seat arena.

The Sabres are expected to bring a strong lineup. Housley said he made sure top American players like Jake Eichel, Jake McCabe, Kyle Okposo and Casey Mittelstadt would be on the roster and No. 1 overall pick Rasmus Dahlin is expected to play.

“People are going to be so excited that we’re there, we need to be excited going into it,” Eichel said. “It’s a bit hectic, the day is all over the place, in and out in one day. It’s not what you’re used to. I’m sure it will be a bit chaotic. You just try to have fun with it.”

The arena has received taller glass, new netting and lighting and other upgrades for the game. The ice surface is going to be similar to Memorial Auditorium, a couple of feet shorter than the standard 200-foot NHL sheet.

“You’re getting ready for the game but at the same time, put a smile on your face, shake as many hands as you want, take as many pictures as you can,” McCabe said. “It’s a quick two seconds for us but it’s going to last a lifetime for those fans there.

“It’s exciting for an event like that because it’s a hockey-rich community that watches all these games from afar. Now they get the game in their own building.”

NBCSN is bringing a top crew to the Hockeyville game. Brendan Burke, the New York Islanders voice who called games of the nearby AHL Utica Comets, will do play-by-play. Analysts Pierre McGuire and Jeremy Roenick will be on hand, as well as host Kathryn Tappen.

Housley said the Sabres have not made a load of roster cuts yet because they have three games in four days this week to close the preseason. Buffalo plays Wednesday at Pittsburgh and likely will cut the roster after that game, leaving the regular-season lineup to play Friday’s preseason finale in Oshawa, Ont., against the New York Islanders.

Sam Reinhart skated on the wing Monday with Eichel and Jeff Skinner, and Housley said that line will be intact Tuesday. Patrik Berglund was centering Okposo and Alexander Nylander while Mittelstadt, who has struggled in his preseason games thus far, was between C.J. Smith and Andrew Oglevie.

Columbus will have standouts Artemi Panarin and Seth Jones in its lineup. Wheatfield native Adam Clendening will be on the Blue Jackets’ defense.

Mike Harrington – Mike Harrington has covered the Sabres, MLB, the Bisons, college basketball and high schools since joining The News in 1987. He is a National Baseball Hall of Fame voter, a 2013 inductee into the Buffalo Baseball Hall of Fame and the chairman of the Buffalo chapter of the Professional Hockey Writers Association.
< Return to the 2010s