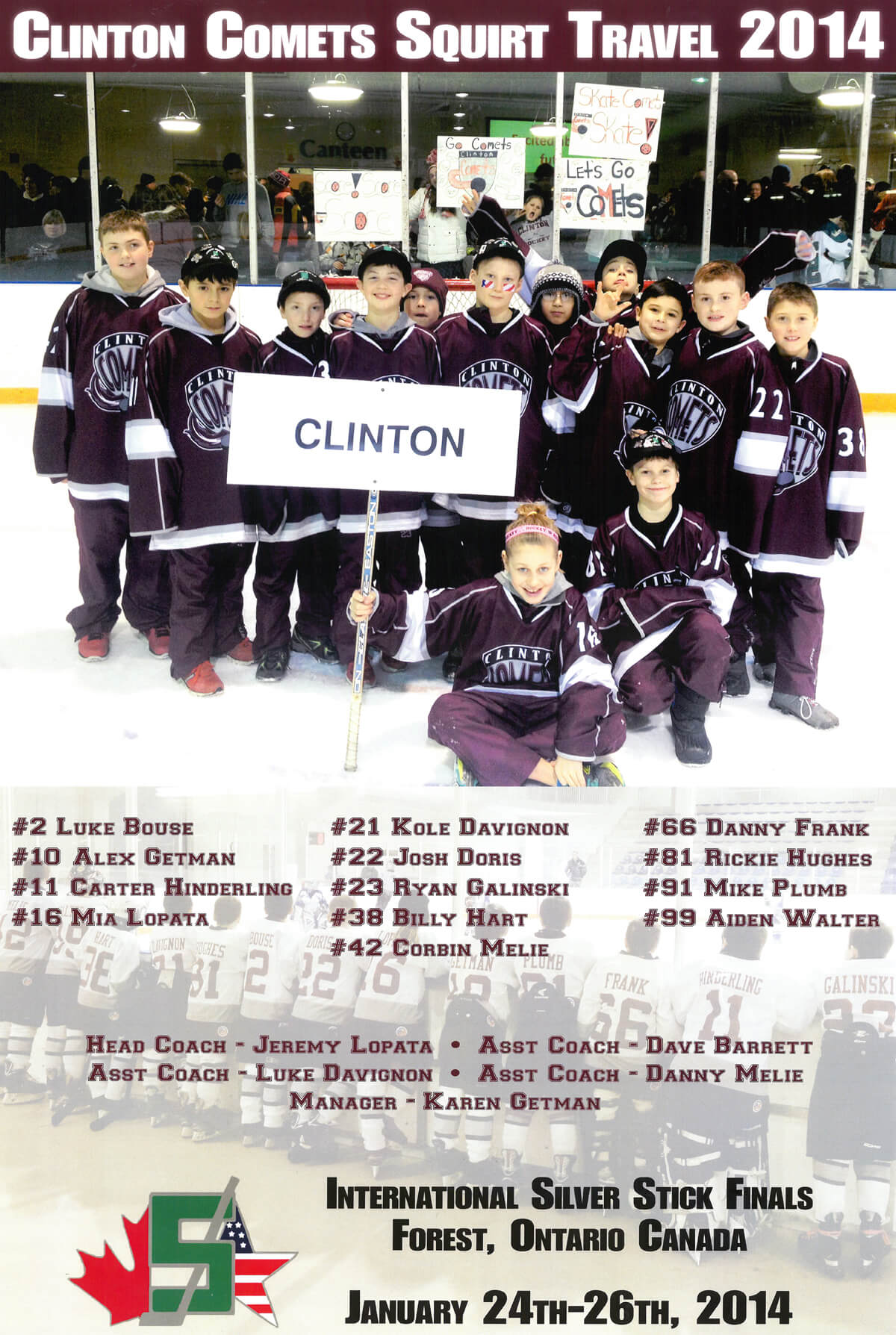 It was the start of the 2013-14 season, and I decided to sign my daughter Mia’s squirt travel team up for the Rome Silver Stick Tournament. At the time we entered the tournament, I had figured we had a slim chance of winning it all. With that said, I had never mentioned to the parents that if we were to win, we would have to go on to the finals in Forest, Ontario the following month. A week before the tournament, we lost 6-0 to the Utica Jr. Comets, who were also entered into the tournament. It seemed as though I would be correct about our chances of winning Silver Sticks! Fast-forward to game one of the tournament, an easy victory over a team from Syracuse. Game 2 was a loss against the Utica Jr. Comets, but the game was much closer than the prior week. We won the 3rd game over host Rome, which meant a rematch with Utica in the Championship Game. The kids came out flying, and took it to Utica from the opening faceoff. We scored the first goal of the game, never looked back, and went on to win the Championship. After the game, the parents and kids were so happy, but it was time to break the news. A majority of our team was new to hockey. They did not know what winning this tournament meant. So after the game, a bunch of families went out to dinner to celebrate the win, and I explained to them that we were now required to go to the Finals next month. The next few weeks were spent trying to raise money to make the trip happen. As always, this small community rallied together. A month later, the team loaded up the bus at the Clinton Arena and set out for Forest, Ontario. These kids created memories that will last a lifetime. I consider myself lucky to have played and coached for Clinton Youth Hockey! Thank you, Albert Prettyman.