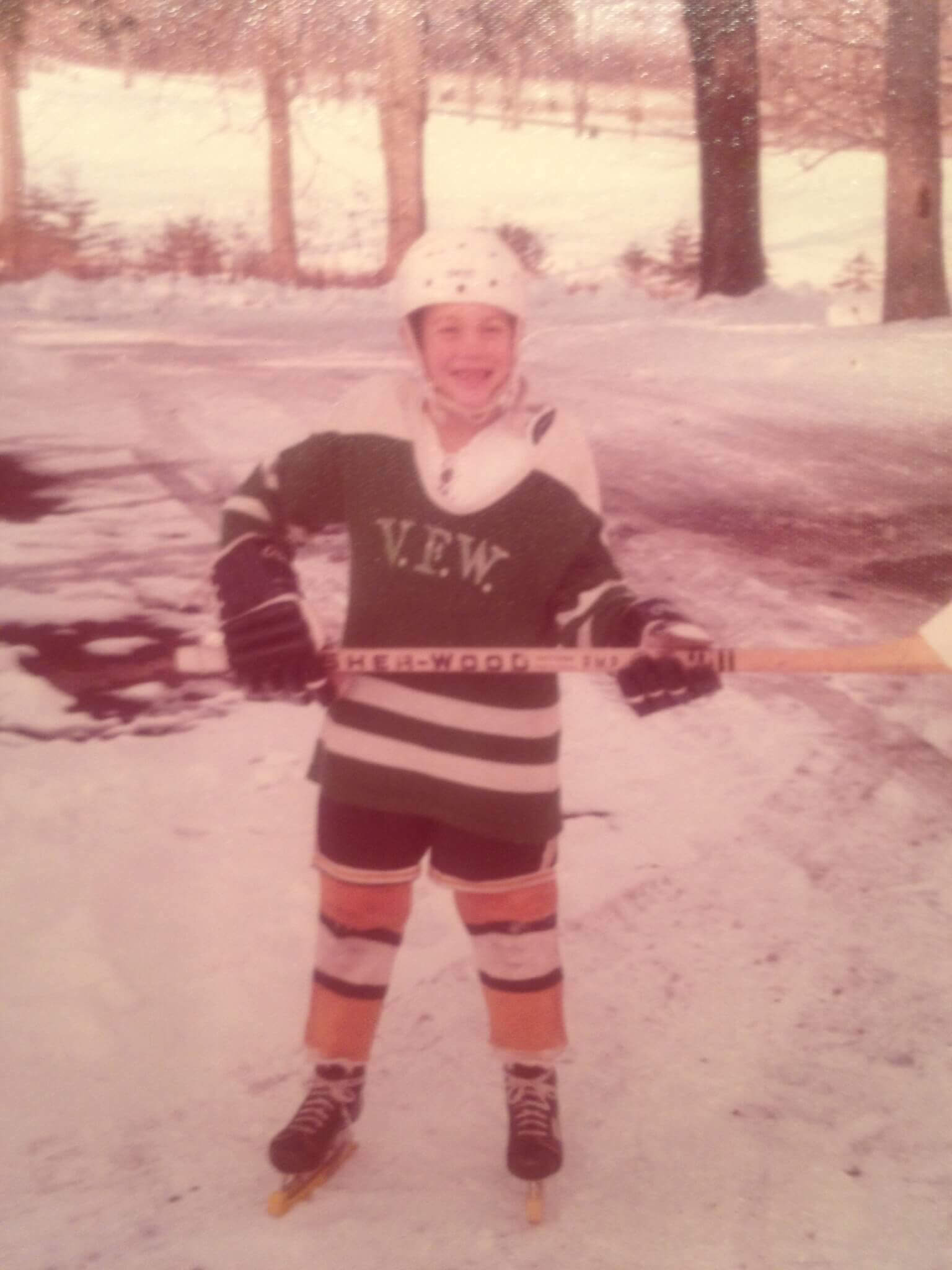 I have great memories of playing in Clinton through my sophomore year in high school. Living on campus at Hamilton, I was part of both the village and college hockey communities. I spent hours on the ice at Sage rink, playing “jungle hockey” and working as the stick boy for the team. Clinton was a special place, where coaches, older players, and parents all played a part in helping you become a better hockey player. I left Clinton when my folks moved and went to prep school in Connecticut. I was drafted by the Philadelphia Flyers in 1987, played 4 years at the University of New Hampshire, and attended training camps with the Flyers, Quebec Nordiques, and Montreal Canadiens. I played a number of years in the East Coast Hockey League, winning a championship there in 1993. In all my years of hockey, playing with our midget team that went to the nationals in 1984 is still one of my greatest memories. So many great people on that team.