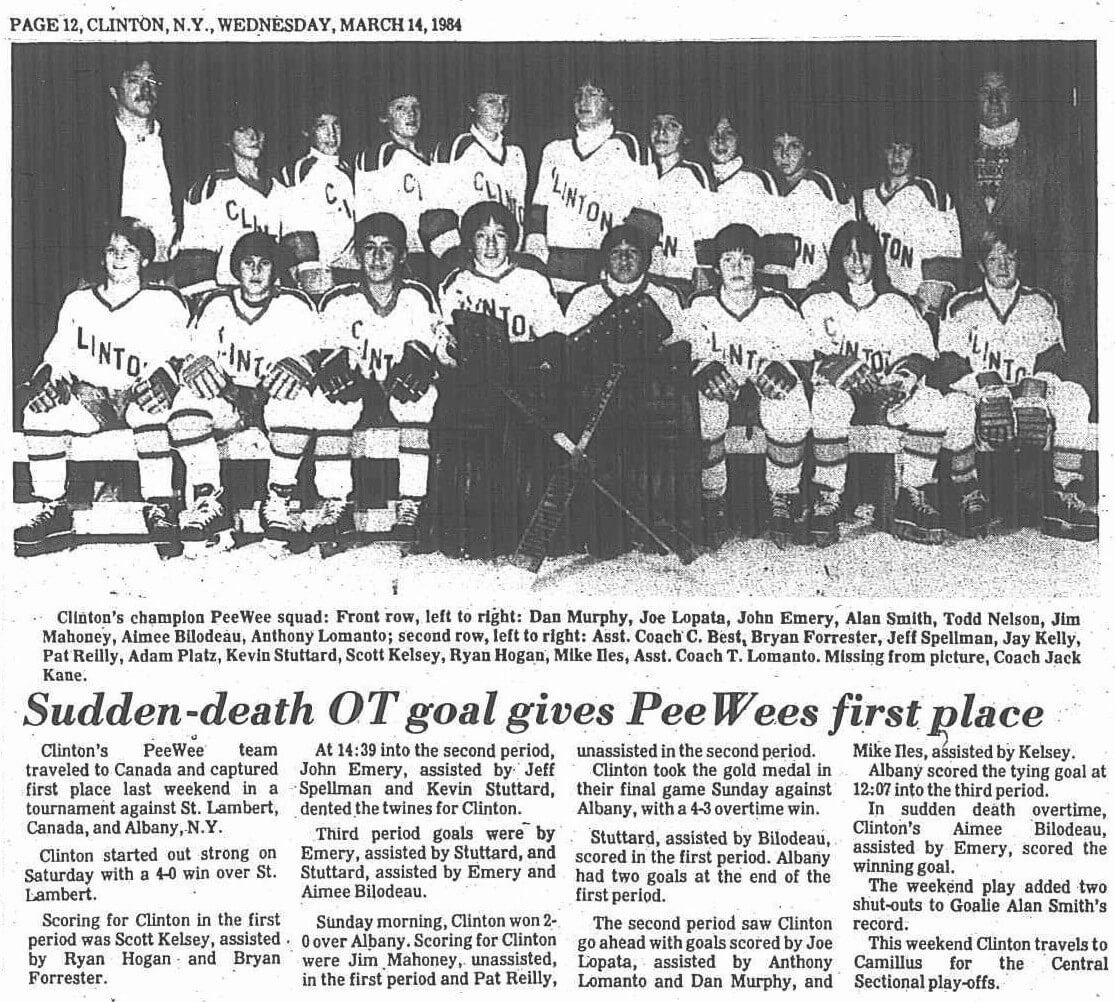 As recorded in the Clinton Courier late in 1985, the formation of the area’s first girls’ hockey team made hockey history. Twelve determined area girls under the age of fifteen campaigned the Clinton Youth Hockey Association to sponsor and certify peewee-level all-girls hockey to be sanctioned by the Amateur Hockey Association of the United States. The team was issued maroon jerseys with the words, “Clinton Comets”, keeping the village hockey traditions intact.

Of the twelve, Aimee Bilodeau was the only girl ever to play organized competitive hockey. She was the motivator of the group of girls. John Bilodeau, Aimee’s dad, and Connie Yando, a key coach and trainer in Clinton’s figure skating organization, were charged with coaching the new team. Most girls had never donned hockey skates. But most did not really lack hockey experience. Boy or girl, it’s difficult growing up in the village of Clinton without attending hockey games at the arena, free skating at the Arena, and even playing hockey in the street or on ponds with brothers and school friends. On-ice coaching, training, and tactics from the village hockey greats was enormous. Phil Grady, head coach at Hamilton College, delved onto the ice too, and even his players joined in. The Clinton Comets girls’ enthusiasm grew day by day. They wanted to learn hockey in the highest of Clinton hockey traditions.