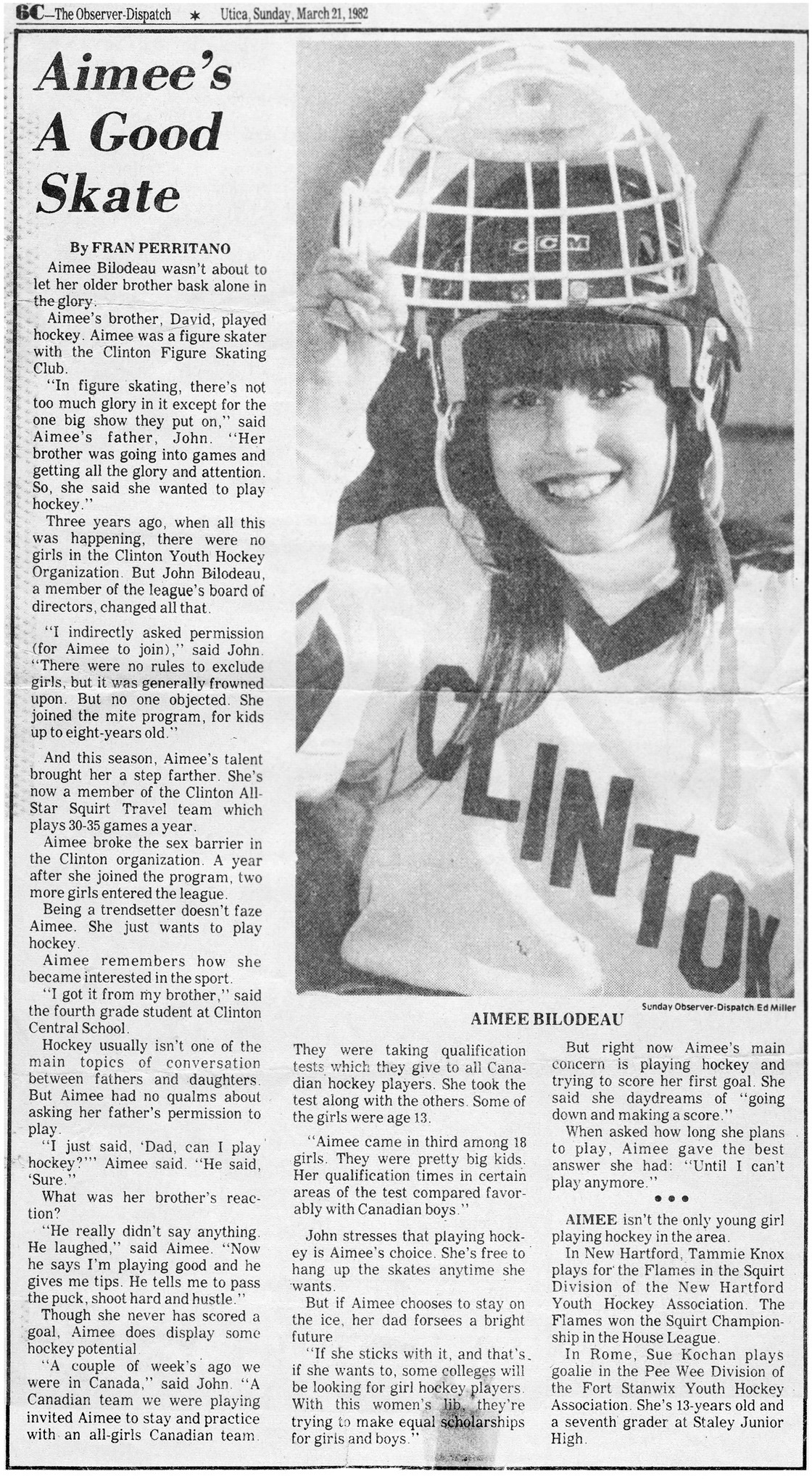 Other areas in northern and southern NY also formed girls’ teams; some sanctioned, some not. The Clinton Comets girls’ first game was against a team in Clayton, NY. Kim Anderson scored the team’s first goal. It was in the second period and assisted by Aimee and Jeaneen Suppe. Jeaneen’s skills were in part helped by her dad, Tim Suppe, a New York State Hall of Fame Coach.

Clinton won this first game with a final score of 5-1. Sarah Millet, in her very first game as goalie, recorded 16 saves. In 1991-93, Sarah became the starting goalie at Dartmouth College. Aimee scored the next two goals with an assist from Mary Micciche. Mary’s mother Evelyn was the team’s manager. Amanda Hilton scored the 5th goal with an assist from Missy Deep and Jackie Baker.