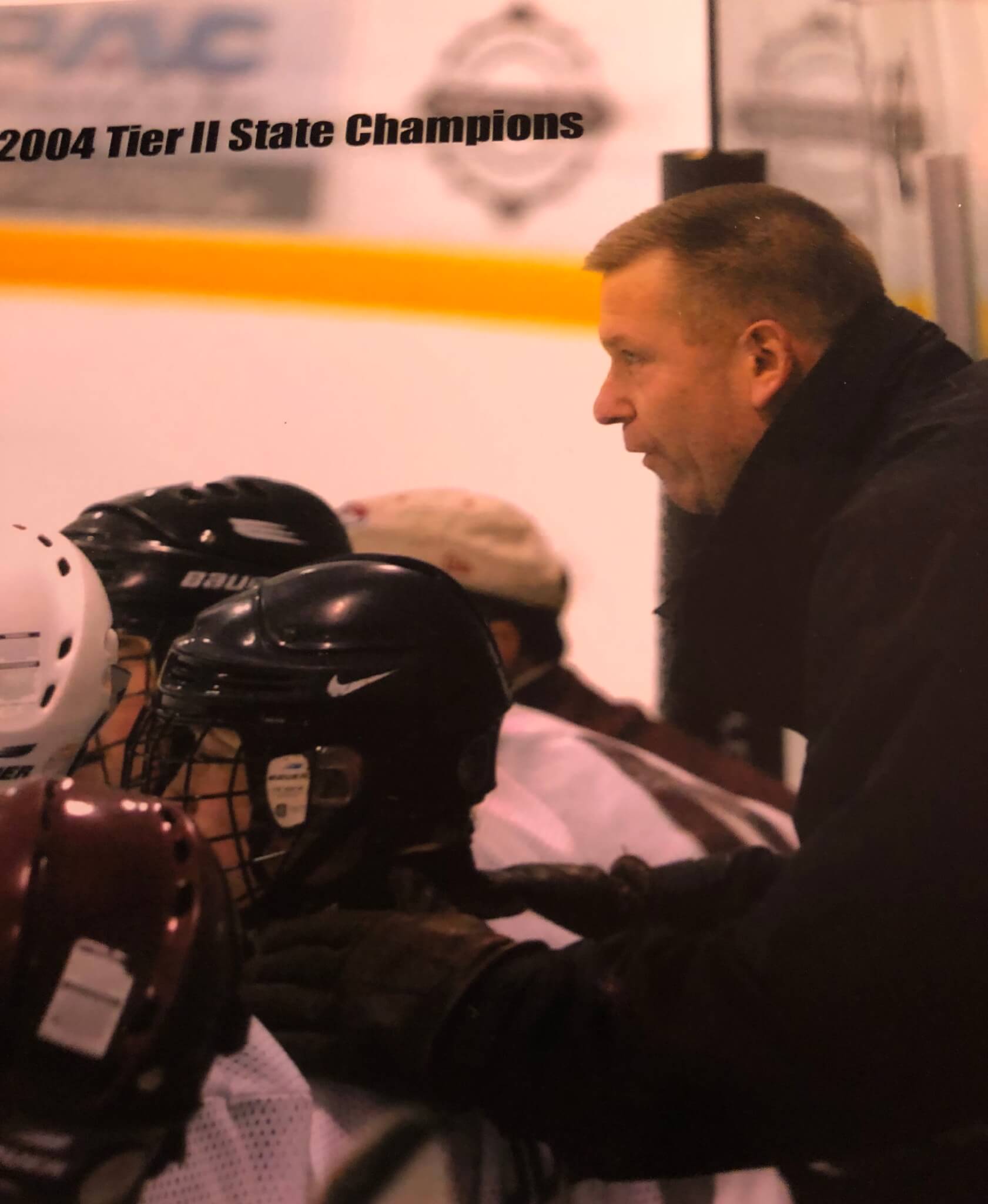 After playing Clinton Youth Hockey and CCS Warrior hockey, Bill Owens discovered his true passion for the sport was in coaching, which he began in the 1977-78 season. Benefiting from positive relationships with fellow coaches and mentors, he devoted his time coaching at every level, from Mites to Midget. During that time, teams he worked with had many successes, including 1982 Midget State, 1995 Squirt Sectional, 1997 Pee Wee Sectional, and 2004 Bantam Sectional and State Champions. He also served on the Clinton Youth Hockey Board for many years.

Bill stepped down from the CCS role to join the Utica College Women’s Hockey program as the defense coach in 2008-09. He spent eight years with the program, helping to rack up an impressive number of wins, including two appearances at the ECAC West finals.

Bill retired from coaching following the 2016-17 season and continues to place great value on his many experiences and the lasting friendships he’s made through hockey.