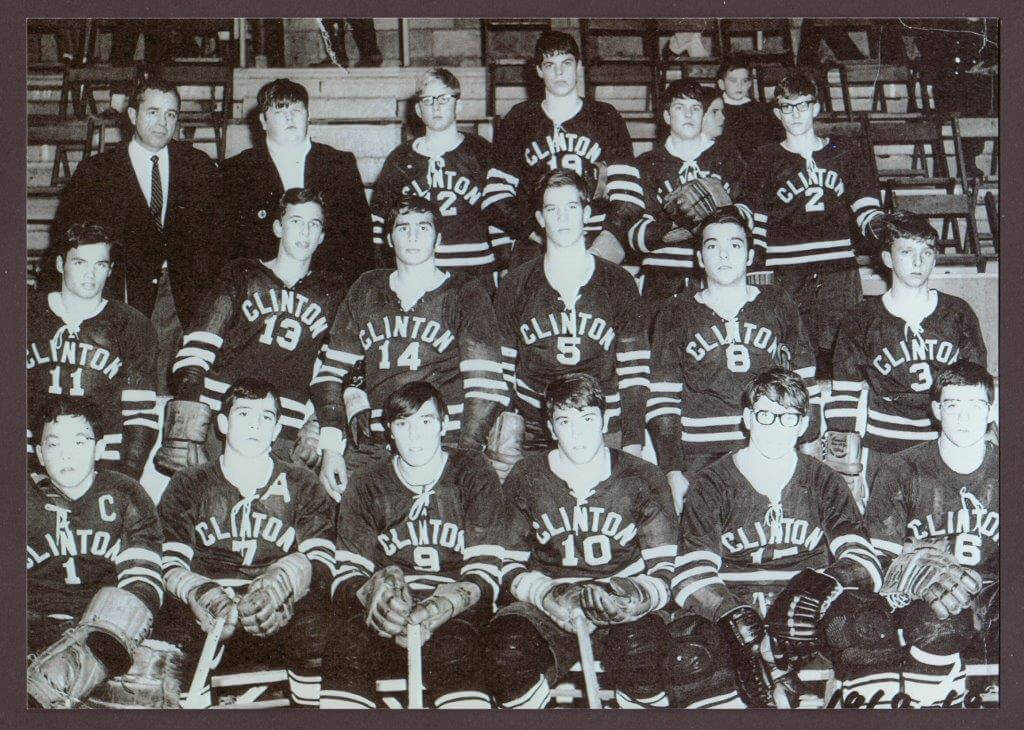 There were too many exciting CCS Varsity games and moments to share here. I was blessed to play with an abundance of great players who were great guys, too.  And as I said earlier, many went on to play college hockey. I wonder: did this late 60s Bernie Era produce the largest collection of college players in the history of CCS hockey? Another mystery to be solved.

The biggest game for the ’69 Warriors was the championship contest against Rome Free Academy, played at the Clinton Arena before one of the largest CCS hockey game crowds on record at that time. It was very close, 1-0. Nat Heintz scored early in the game. From then on, there was lots of hard skating and close checking. I recall that one of our star defensemen, Jim Rishel, was knocked out of the game (bad cut?). So it was up to Tom and Joe Hameline and Tom Bogan to get the job done at the blue line, with the help of our ace goalie, Steve Eckerson, minding the net. The most thrilling 90 seconds was when Clinton was down two men in the closing minutes of the game, and we hung on to win.

Of course, none of this would have ever happened without the superb leadership of Coach Bernie Burns. Beyond the program he built and the many players he developed, every CCS player or fan from that era knows that Bernie was the driving force of Central New York high school hockey. He was the one who started the local area high school league in the late 60s, which grew vastly in scope and quality through the millennium. We will always be incredibly grateful to Bernie for his dedication and achievements, and for the impact he had on us “Bombers.”