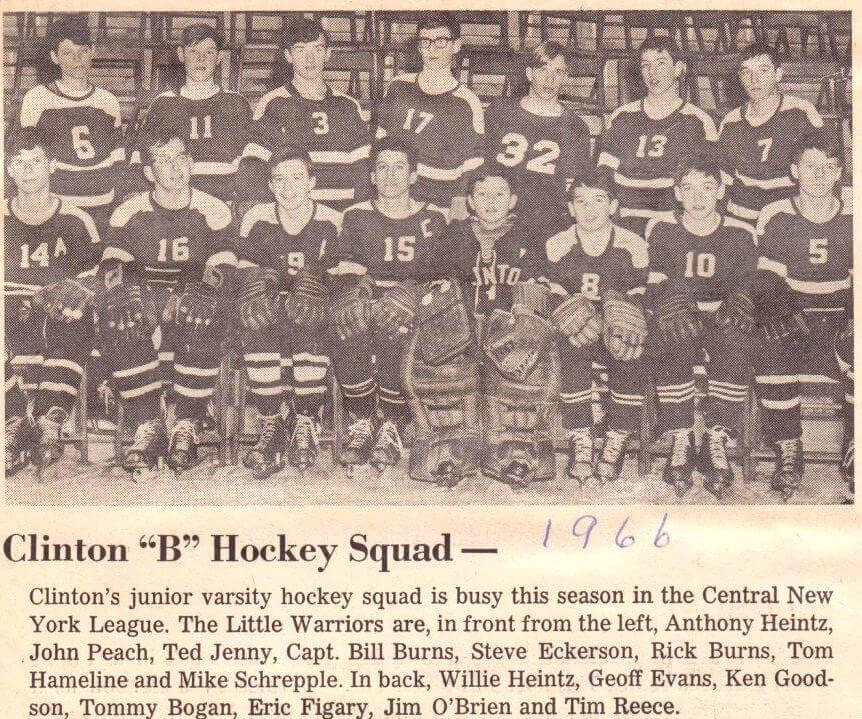 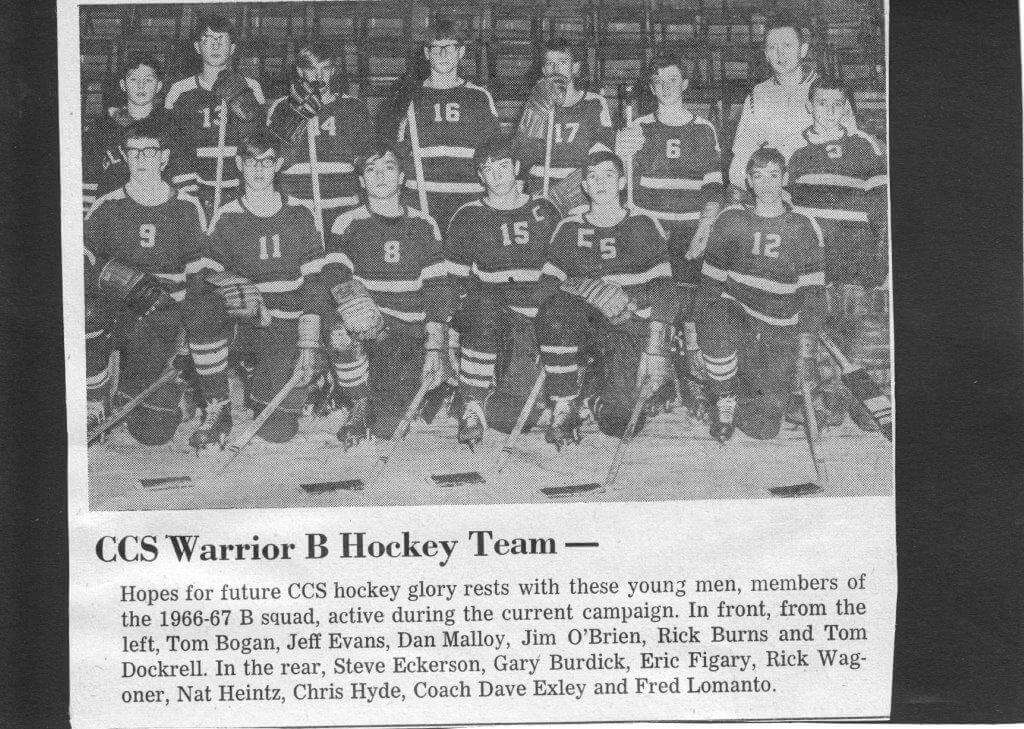 I recall the expression “Bernie’s Bombers” being coined by sophomore Will Heintz during the 1966-67 season on a bus ride to Ithaca. It was catchy, and it stuck immediately. But Will could’ve picked it up from our senior captain Tim Hogan, who learned it from prior CCS teams. This mystery needs to be solved.

Those were truly great times playing for Bernie Burns in the late 60s, and for his “B” Team coaches, too.

During my “B” Team years, while not near the status of the CCS Varsity, we still had a ton of fun. At year-end, it was quite exciting because the “B” Team played against the weaker Central NY varsity teams, like New Hartford, Whitesboro, and Cazenovia—and at season end there was a championship tournament. These Central NY teams took this tournament very seriously, and we did, too. We were mostly freshmen and sophomores opposing mostly juniors and seniors on the other teams. And although the Central NY teams were weaker than the CCS Varsity team, some had some outstanding players, like New Hartford Spartans’ Rob Wanamaker, who went on to play at St. Lawrence, Ted Sator, who later played at Bowling Green (and eventually coached the Sabres and Rangers), and Greg Root, who became starting goalie at Hamilton. These teams, particularly the Spartans, dreaded the possibility of losing to the Clinton “B” Team—how humiliating that would be!