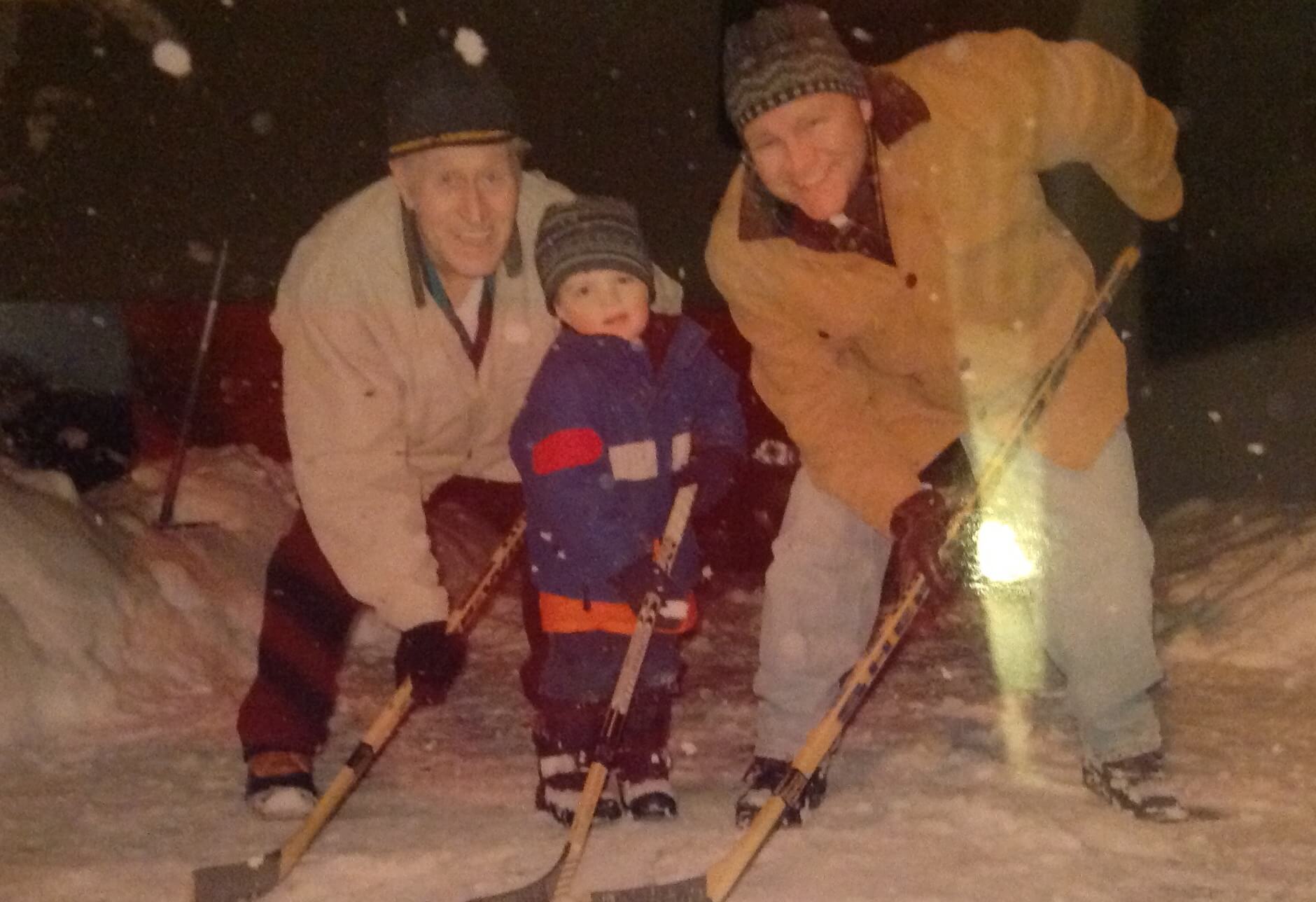 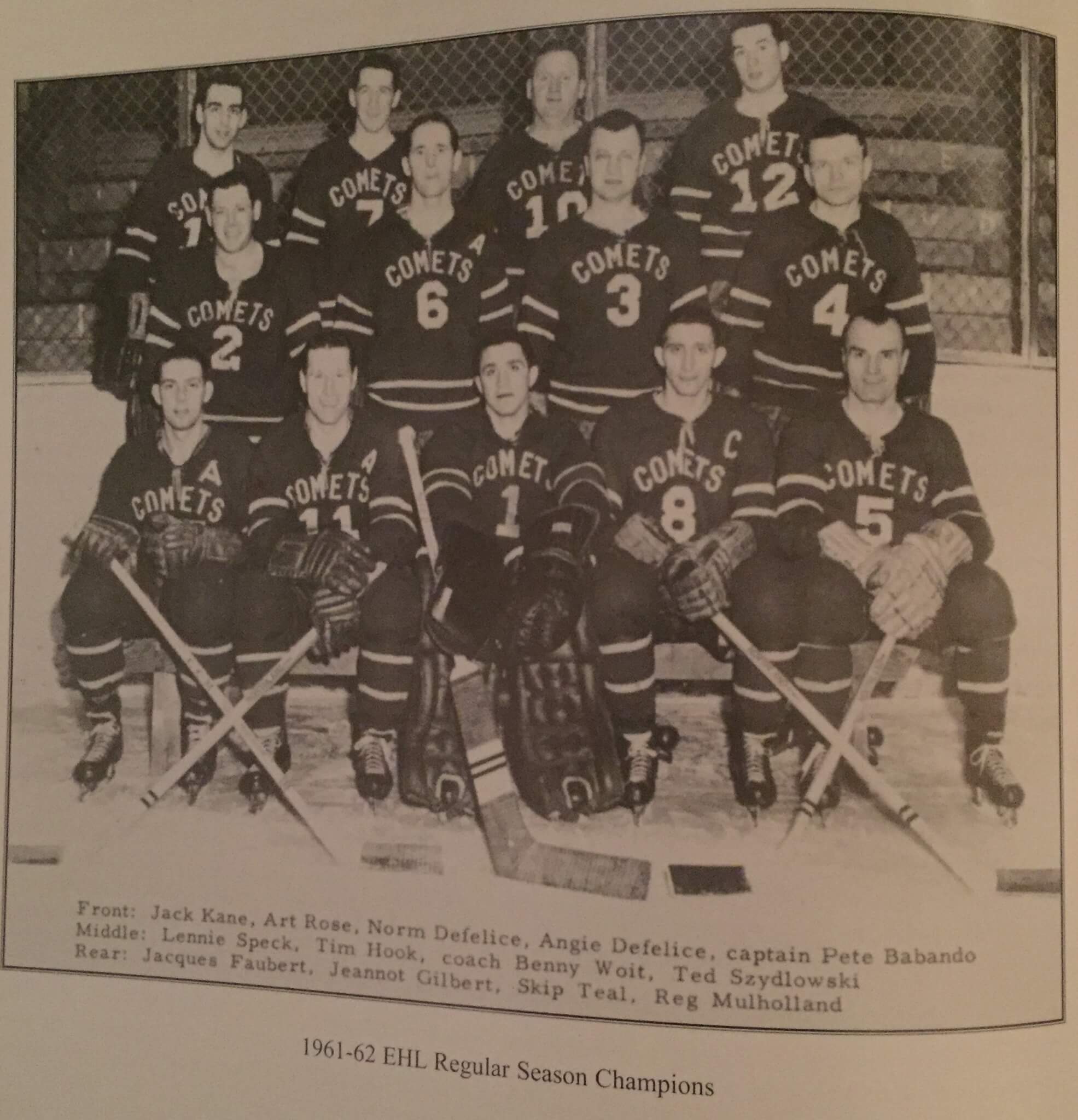 My Dad, Art Rose (#11), a forward for the Comets from 1959-64, taught me to skate at the Clinton Arena. I still have my skates from probably around 1970 when I was 3 or so, and can still remember stepping onto that ice where my Dad had been a star player just under a decade earlier. Even though his name is on the Memorial Cup in the Hockey Hall of Fame from when he was with the Montreal Canadians, most of the stories I remember Dad and my Mom (Jean) regaling us with were ones associated with his time with the Comets.

Stories about my Godfather, Angie Defelice, and his brother Norm, who never hesitated going into the stands to defend a teammate, are ones I still remember. My sister Jennifer and I and many family friends heard the names Jack Kane, Pete Babando, or Tim Hook in too many stories to count.

And it makes sense their memories of Clinton were so vivid and bright, as my parents came to Clinton from Canada, to start a family and Dad’s post-hockey career. If it was not for Dad signing with Clinton, my life would have turned out much different. That is because Mom and Dad adopted me in 1967, and Jennifer in 1970, bringing us home from Utica to our house in New Hartford. But for the Comets, Jennifer and I would not be siblings, and we would not have had the best parents in the world to raise us!

And without the Comets, Dad would not have met Mel Edwards, who suggested Dad become an insurance adjuster, so he would have the 30-year career after hockey he had. Nor would we have met lifelong friends in Joe and Janice Lenhardt and their three boys, Joe, Mike, and Andy, and the many other friends we met along the way.

I could go on and on about how important the Clinton Comets are to my family. Instead, I will just say, “Thank you, Albert Prettyman!”

I look forward to seeing people in Clinton the 2nd weekend of February. Dad is 87 and dealing with dementia/Alzheimer’s. He lives with me in Westport, CT, so I am going to try to bring him out to the reunion. He likely will not remember too much or people he sees, but I would love for my 14-year-old son Mitchell to see his grandfather in the Clinton Arena one last time.