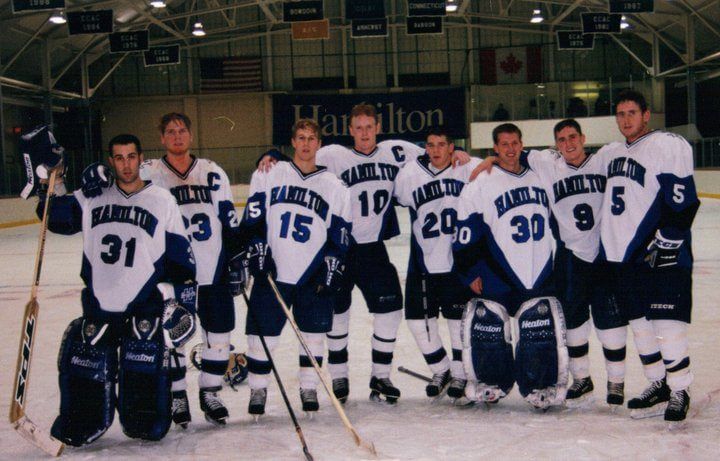 As a freshman on the Hamilton College Hockey team, one of my most vivid memories was defeating then-nationally ranked #1 and defending national champions Middlebury College in front of a packed house at Sage Rink, 3-2. Hamilton was coming off a heartbreaking loss in the ECAC Championship game the year prior, and having graduated nine seniors, we were considered to be in a “rebuilding year”.

With 10 freshmen on the team, we gelled right away as a group, and reeled off a 9-game winning streak headed into the Middlebury game. When we met in early January, Middlebury was ranked #1 nationally, and we were right behind them at #2. Freshman Brent Davey was spectacular in net, and we upset the Panthers to earn a #1 national ranking the following week, en route to a then-program-best record in a season, at 19-6-1. Middlebury went on to win the national championship that year, their third consecutive in what would be five in a row. Their defeat at Hamilton was one of only 3 they suffered that season.